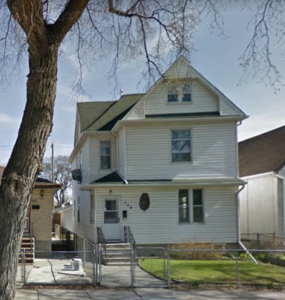 After four decades of opening their hearts and home to neighbours in Winnipeg, Canada, Sister Bernadette O’Reilly and Sister Margaret Hughes made a 800-kilometre journey at the end of April, to join the Saskatoon community of the Sion Congregation.

For 40 years the Sisters were actively involved in Rossbrook House, a Winnipeg neighbourhood drop-in centre for children and youth located in a former church. Sister Bernadette served as Co-Director for more than 20 years and Sister Margaret taught at its Indigenous alternative schools.

The congregation first established a presence in Winnipeg in 1979 because they wanted to live and work in solidarity with people deprived of basic human rights. A group of sisters immediately joined the work at Rossbrook House, which had begun three years earlier under a simple mission: “No child who does not want to be alone, should ever have to be”.

Phil Chiappetta, Executive Director of Rossbrook House, said that the sisters leave a huge legacy, having mentored thousands of children. “There was always a crowd of children and youth around them, because they reflected all the preciousness of each child back at them.”

As those children grew up, some stayed as volunteers or staff and worked alongside the sisters. Property co-ordinator Lloyd Michaud studied with Sister Bernadette at Rising Sun, an alternative high school, and was first hired at Rossbrook at the age of 15. “If it wasn’t for them,” he said, “I don’t know where I would be today.”

After half a lifetime in Winnipeg, both sisters are convinced their legacy will not be the programmes and schools they have started, but the relationships they have nurtured. They are confident that the work at Rossbrook will continue in its own way.

“It’s been a blessing to be here,” said Sister Bernadette. “I think the thing that makes (leaving) easy is nothing we’ve started is going to end when we leave.”

Neither sister is retiring, saying they will look for new opportunities to work for justice and reconciliation in Saskatoon.

“We love what we do,” said Sister Bernadette. “As long as we can, we will.”

Adapted from an article by Brenda Suderman in the Winnipeg Free Press.