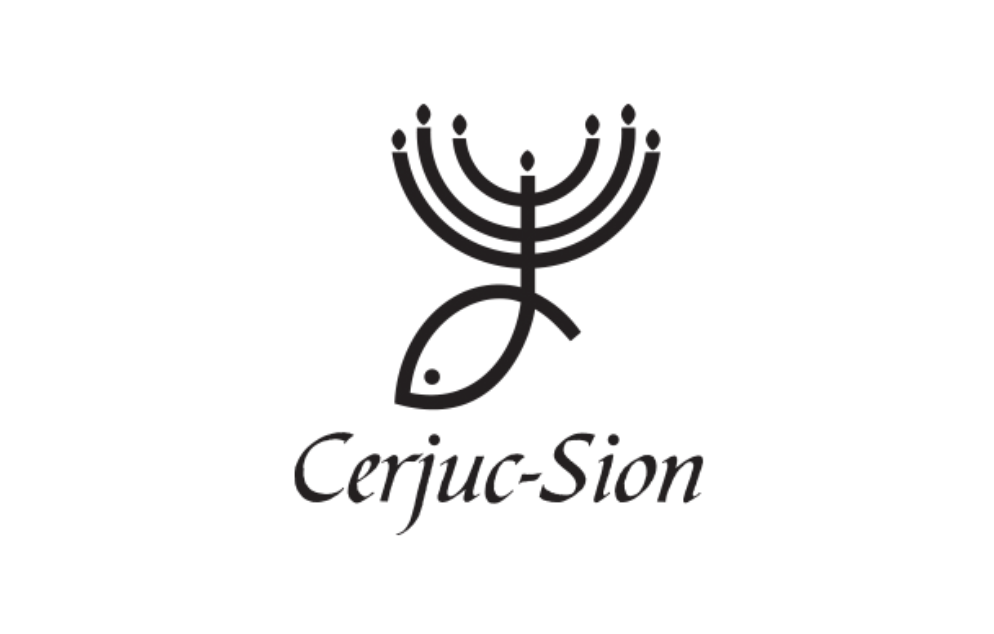 The event, to be held on 15 and 21 February, will feature two speakers: Prof. Amy-Jill Levine and Fr. Francesco Voltaggio.

The times below are Central America time.

JESUS AND WOMEN
(In English with translation into Spanish)
Prof. Amy-Jill Levine
Wednesday 15 February, 9.00 am

For further details and to attend via Zoom, please contact CERJUC: 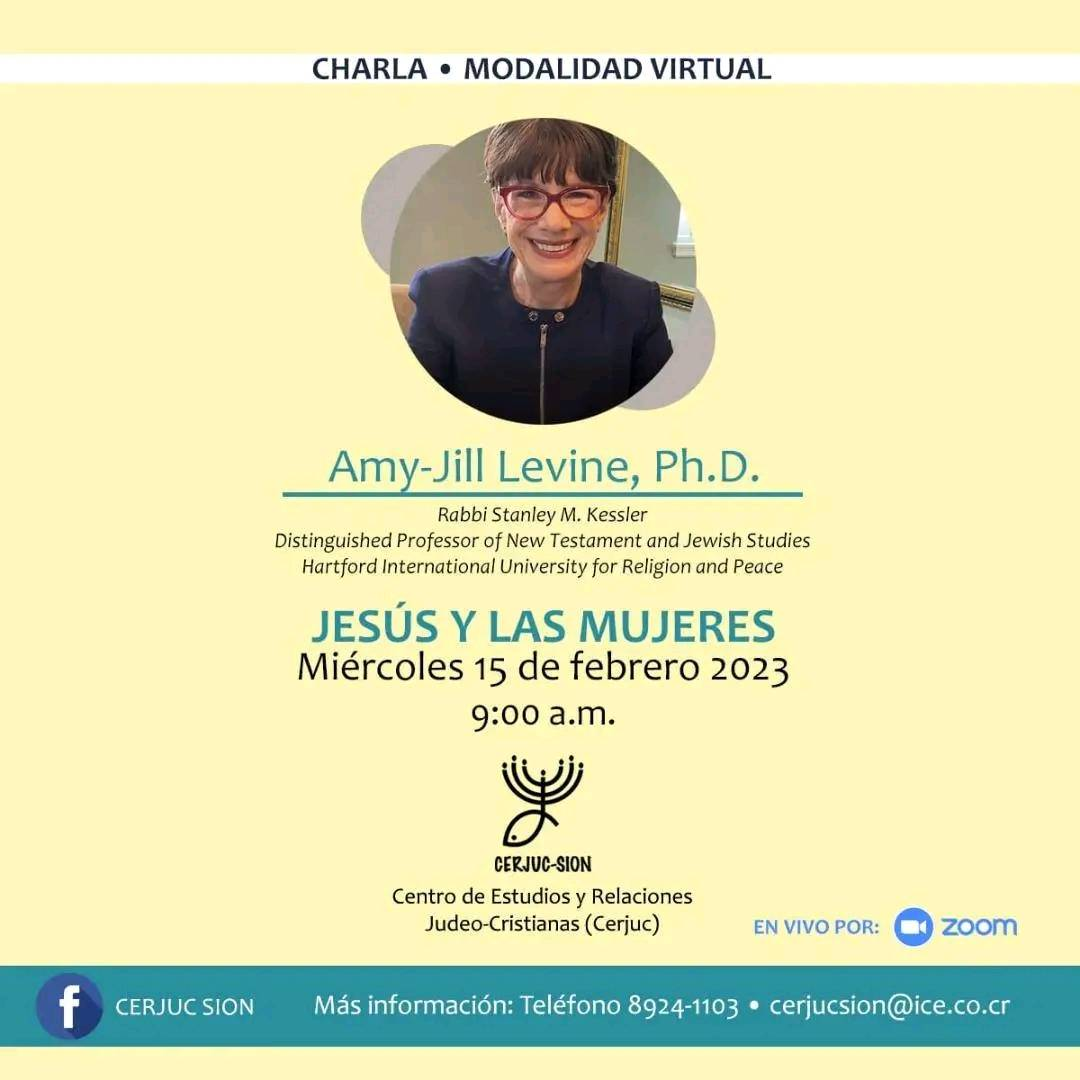 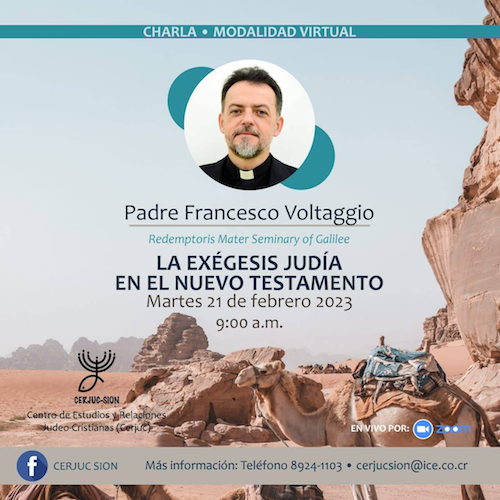 On 21 January in the Diocese of Iași, Romania, Sunday of the Word of God was celebrated by a Biblical Symposium with an ecumenical and Jewish-Christian slant. 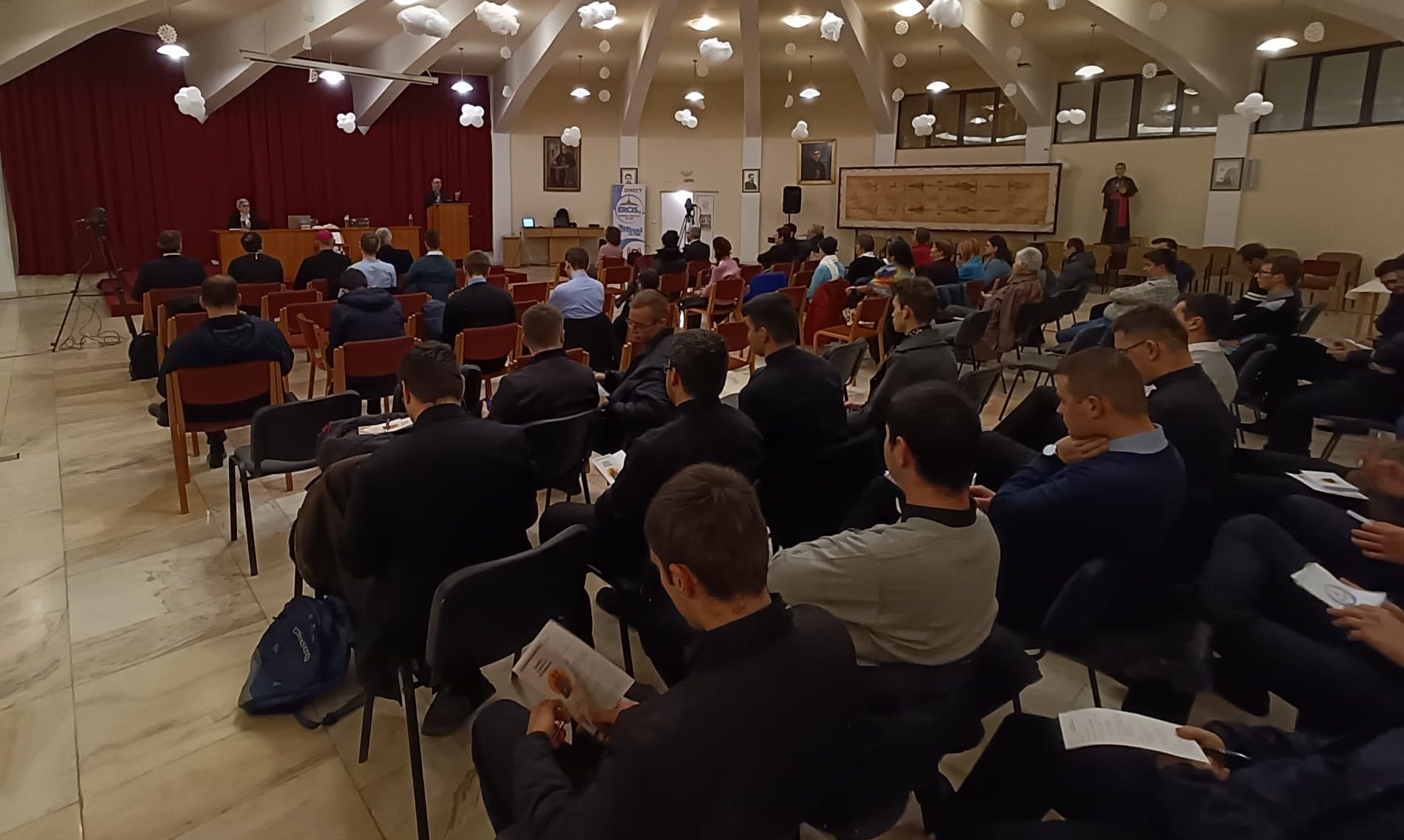 It was the second annual edition of the event, organised by the Diocese of Iași’s Biblical Pastoral Office (Director: Sr Iuliana Neculai, NDS) and Ecumenical Office (Director: Fr Iosif Antili). Around 70 people came to take part in person, and others joined via the interactive live stream broadcast by Radio ERCIS FM.

The symposium last year was Sr Iuliana’s first major initiative as newly appointed Director of the Biblical Pastoral Office of the diocese. It was her way of responding to Pope Francis’s call of 2019 to promote the study of Sacred Scripture every year on the third Sunday of the month of January. 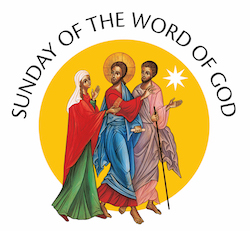 The date established by the Pope for commemoration of the Word of God is not casual: it sits just after the Catholic Church’s Day of Judaism and in the middle of the ecumenical Week of Prayer for Christian Unity in the Northern Hemisphere. As such, it aims to raise awareness among Catholics about our identity on two levels. It reminds us of the centrality of the Word of God to our Christian identity. And it’s an opportunity to gain knowledge of the Jewish tradition found in the First Testament, in order to increase appreciation of the common gifts and specific identities of Christianity and Judaism.

After the success of last year’s symposium, Sister Iuliana was a little nervous about living up to expectations. At the same time, she felt compelled to continue offering people in Romania food for thought about dialogue around the Word of God, a dimension dear to the sisters of Our Lady of Sion.

The event this year was opened by Bishop Emeritus Petru Gherghel of the Diocese of Iași, and moderated by Fr Iosif.

Sr Iuliana was the first to speak. She started by expressing Pope Francis’s hope that knowing the Word may arouse a desire among people for unity and authentic dialogue. Her introduction was followed by talks from Jewish, Orthodox, Protestant, and Catholic scholars.

Prof Felicia Waldman spoke about the value of the word in Jewish tradition. In this context, she presented different definitions of the word “word”: as divine intention and oral instruction, but also as human thought and uttered prayer. She said that the word is a powerful energy that embodies multiple interpretations, which, she warned, can be constructive or destructive.

Fr Cătălin Vatamanu’s talk was inspired by Colossians 4,3: “Pray for us, that God may open to us a door for the Word, to declare the mystery of Christ”. It focused on the importance of Christian unity in our journey walking with God towards God, and recommended that reading the Holy Scriptures should lead to prayer and incarnation of the Word.

Rev Florin Vasiliu explored the role in believers’ spiritual growth of devotional Scripture reading: a personal reading that embraces the mystical dimension and is linked with prayer. He described it as a deliberate act of approaching and encountering God that requires constancy and sharing with others.

Fr Zoltán Oláh asked the question: What do the prophetic books say about prophetic identity? He presented different perspectives on the biblical prophets, considering the meaning of the term “prophet” and the phenomenon of prophecy in antiquity, and examining the prophetic character of the Scriptures.

Each talk was followed by questions and lively debate. The significance of this becomes more apparent when you consider that the Catholic Church in Romania, driven underground during Communism to re-emerge in the 1990s, is still in the process of finding its identity within today’s global church community. One attendee reiterated the importance of making the most of this relatively new-found freedom by allowing God’s grace to pour out via the Word.

Many were touched by Prof Waldman’s lecture and approached her during the break for further conversation. Ciprian Fecheta, a Catholic seminary student, said her talk “showed me a new face of Judaism.”

Ciprian also enjoyed meeting Orthodox seminarians during the break, as a personal experience of encounter and friendship, but also as a bridge between confessions and a way of understanding his own identity better.

Comments from others reveal a deep curiosity to learn, understand and live the Word of God in an attitude of Christian unity and Jewish-Christian harmony.

Cristina Bejan described the whole conference as “great nourishment” and summed up the general appreciation of the opportunity to link with other denominations and faiths: “It opens the horizons of our hearts and souls,” she said. “Creating unity in diversity brings true joy.”

Watch the symposium in Romanian on YouTube at these links:
Part 1
Part 2 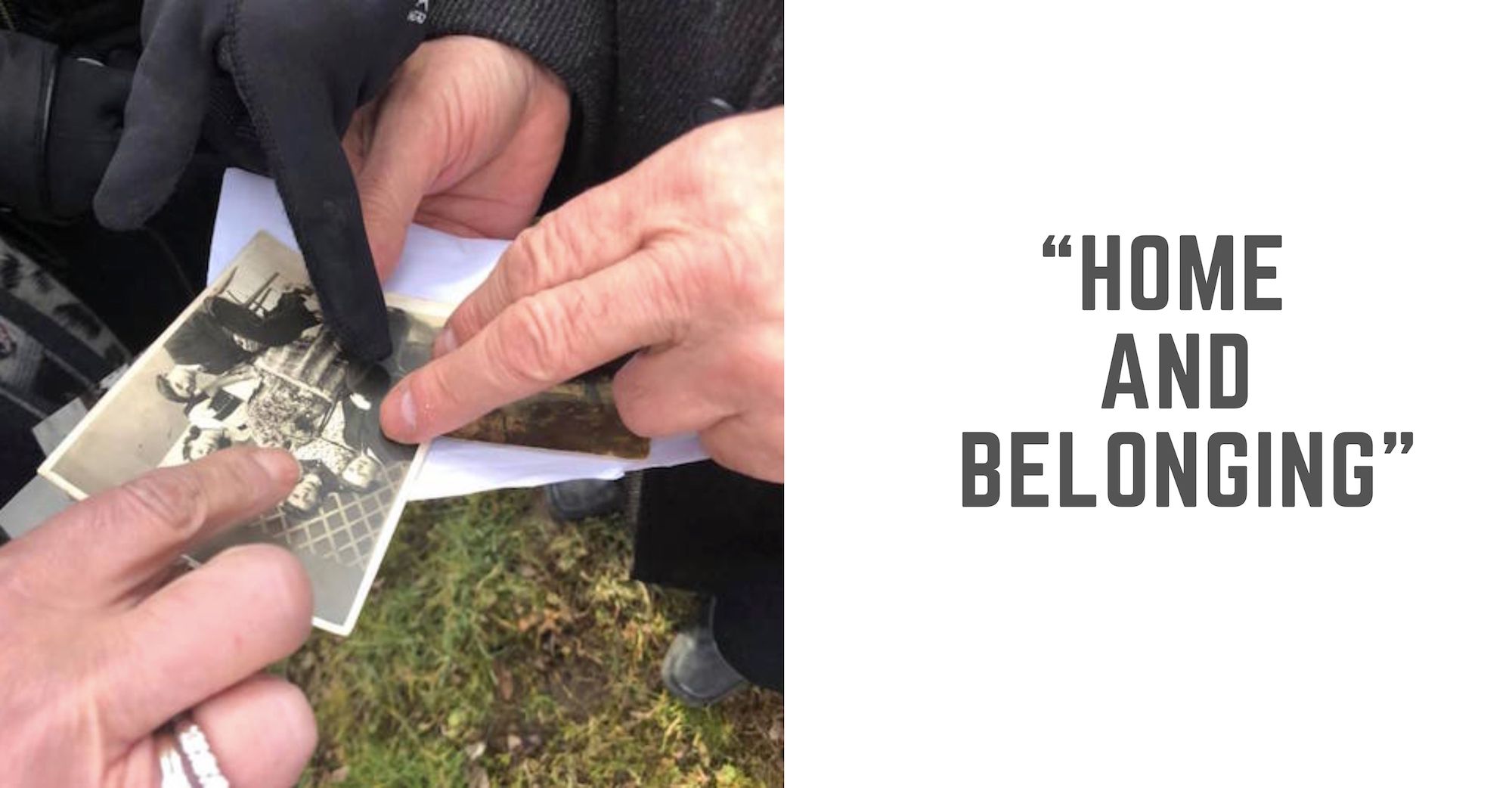 This year, we are invited to place the people who were the millions of victims of Nazism at the centre of our attention: people leading normal lives until they were violently stripped of their homes and their sense of belonging.

Through participation in activities within the communities where we live, and in our prayer, we join with 1st, 2nd and 3rd generation Holocaust survivors and remember those forced to adopt distorted ideas of home and belonging in their struggle to stay alive.

We undertake to find out more ourselves and share with others what we learn about the reality lived by the victims and survivors. By focusing on their livelihoods before, during and, in some cases, after the atrocities committed, we hope to prompt humanitarian responses to the plight of people subjected to antisemitism and all forms of racism, prejudice and discrimination in the world today.

” The Mighty One has done great things for me – Holy is His Name.” 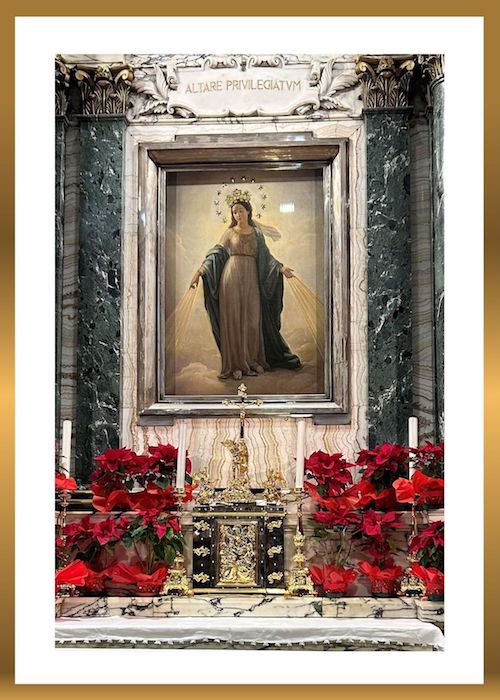 Every year, on the 20th of January, we particularly remember our founder’s brother Alphonse Ratisbonne’s entry into the mysteries of faith. His encounter with Mary on this day in 1842 radically changed his life.

May this mystical event lead all our Sion Family, at all times and in all places, to trust in God. May the memory in our hearts of the great things the Almighty has done, and continues to do, guide us to praise God by singing with Mary the Magnificat.

The weekly sessions will be in Spanish.

The SCDE in London (UK) invites you to a rich programme of talks in January and February.

All sessions will be conducted via Zoom, in English. For further details, please visit the SCDE website. To receive a Zoom link, please write to sioncentrefordialogue@gmail.com.

The times shown below are local to the UK.

Wednesday 15 February  2.00 – 3.30 pm
WHY CHRISTIANS NEED TO BE IN RELATIONSHIP WITH JEWS
Dr Mary Reaburn, NDS