32nd Conference of the Australian Association for Jewish Studies 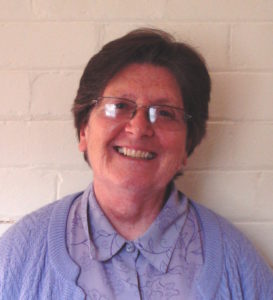 Sr. Marianne Dacy spoke about what the ancient Greeks and Romans thought of Jews.

Notre Dame de Sion Sister Marianne Dacy took part in a panel at the recent 32nd Conference of the Australian Association for Jewish Studies (AAJS) attended by about 150 people at the the Sydney Jewish Museum.

The theme of the conference was “Imagining Jews: Jewish Imaginings.” Such a broad title left room for a wide variety of papers ranging from philosemitic fantasies through to longstanding Jewish caricatures.

The aim was to shed new light on both historic and contemporary views of Jews and Judaism, through a series of presentations showing how Jews have been “imagined” across time and place.

Papers ranged from biographies of Iraqi Jews in Australia and Jews in the work of artists, to aspects of the Sabbath, the Holocaust, Zionism and Australian history such as three early synagogues in the Egyptian style.

Sr. Marianne was on the panel called “Ancient Imaginings” and gave a paper on what the ancient non-Jewish Greeks and Romans thought of Jews. These views are preserved in fragments in Josephus, a first-century Romano-Jewish historian, and some Fathers of the Church, the ancient and influential Christian theologians and writers who established the intellectual foundations of Christianity.

Most of the beliefs were based on hearsay and stereotypes and they show little attempt to understand Jews. For example, they did not understand Judaism when they said Jews fasted on the Sabbath, and the view that Jews were descended from lepers was widespread. The questions of antisemitism and anti-semitic propaganda were recurrent themes raised in several papers throughout the conference.

Sr. Marianne has been involved in the AAJS since its inception in 1987 and for many years was Secretary and Treasurer there. Over the two days of the conference, she appreciated the opportunity to hear about Judaism and Jewish people, history and culture from so many different perspectives, and to further her understanding of how different imaginings have shaped views about Jews within and beyond the Jewish world.