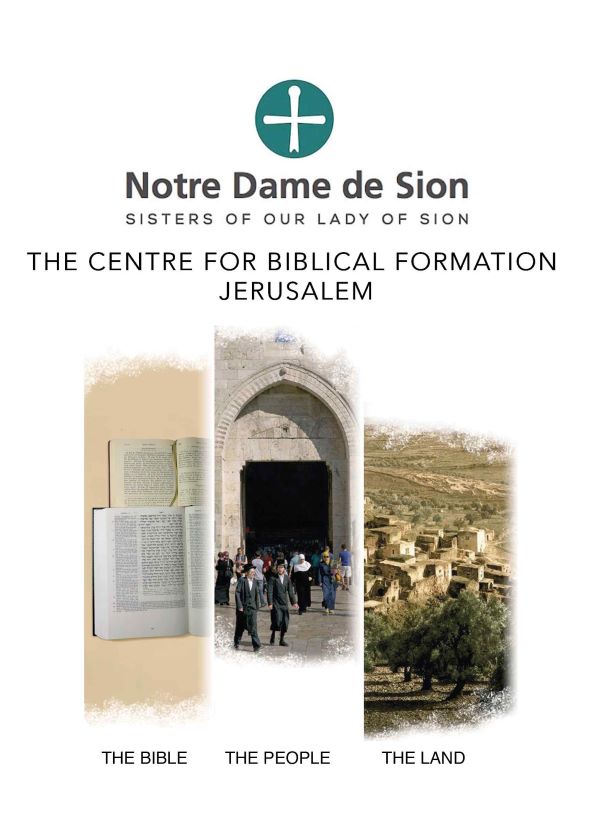 The CBF in Jerusalem is entering the year of its 40th anniversary with a mix of online and in-house courses.

In January and February, Dr. Mary Ann Beavis will help Zoom participants gain a better understanding of the Apostle Paul, in six installments. In April, the Jerusalem centre will host a 15-day in-house course led by Fr. Felix on the Passion and Resurrection.

These courses are in English, and the times indicated are local to Jerusalem.

For more information or to book a place, please visit the CBF website or contact the CBF: registrar@biblical-program.com

The Apostle Paul often invokes strong reactions in Christians. He has been accused of being a misogynist, of abandoning Judaism, of founding a new religion that diverged from the teachings of Jesus. This course will explore a variety of intriguing questions including: who was Paul? What was his Christology? How many letters did he really write? What does it mean to call him an “apostle”? What was his relationship to the Jews of his time? What did he really teach about women’s role in the church?

The course will include online lectures, group exegesis and other activities, to get to know one of the most intriguing biblical authors.

THE PASSION AND RESURRECTION OF JESUS IN THE FOUR GOSPELS
Father Felix Just
SJ, PHD

The Passion narratives of the four Gospels are very different from each other – much more than most people realise – and the Resurrection accounts even more so.

This course will investigate the four Gospel accounts of Jesus’ passion and death and his resurrection, considering the aspects of historicity and theology, and examining the questions of who was responsible for Jesus’ execution and how the Passion and Resurrection narratives have influenced Jewish-Christian relations over the centuries.

Studying in Jerusalem, where the events took place, and doing so during Holy Week and the Easter Triduum, when the Church commemorates them liturgically, will enhance the experience for all who share in it.

Other courses in the CBF’s 2022 in-house programme include:

THE GOSPEL ACCORDING TO LUKE
May

PROPHETS: YOUR DAUGHTERS AND YOURS SONS SHALL PROPHESY
July

PAUL, WE HARDLY KNOW YOU
September