Our experience in the First Congress of New Generations of the Mesoamerican Region.

We, Alejandra, Andrea, Clara and Nancy went to Guatemala to participate in the First Congress of New Generations of the Mesoamerican Region from July 27th to 29th. We were 80 religious men and women from various congregations and countries and we gathered to share the richness of the call to consecrated life. We enjoyed it a lot sharing and meeting new people from different charisms and cultures. Also we faced the realities of our own countries, especially the situation in Nicaragua which helped us to realize that God is walking with us in our realities. Our motto was “New Generation looking for a Mesoamerican´s identity” and during the three days of the congress we worked with the methodology – See, Judge and Act.

Each day we began with a lectio divina and we also had Eucharist to strengthen us and start the day full of joy, enthusiasm and energy. On the first day, we had presentations of each – Conferences from Costa Rica, Nicaragua, El Salvador, Honduras, Guatemala and Mexico. They were about their work, organization and methodologies as a commission of New Generations. It was very interesting to see how each country lives New Generations according to their realities. For instance, in the case of Costa Rica, the group is supported by CONFRECOR, but the instability of participation has not allowed consolidating processes and that leads to monthly meetings or social projects as a consecrated life of Costa Rica.

Also, we went to visit the Works of Brother Pedro near Antigua Guatemala. We were divided into groups and had the opportunity to share with older adults, youth and children living in this center. They are handicapped and very happy and joyful. Also some of them were abandoned by their families. We went to share, speak and play with them. They are very sensitive, the simple fact of touching their hands, they already move and start looking for who is there with them. This experience allowed us to become more aware of this reality with concrete faces, faces that represent so many other faces in different places of our own countries. As Consecrated Life of New Generations we are called to reach those faces and manifest the love of God.

After that, we went to Antigua Guatemala and we did a rally there called “Making a Mess” with different activities such as telling stories, singing, giving free hugs and reciting poems in the park of Antigua. We were also helping the merchants to sell their wares at the craft market, cleaning the shoes of a shoe polisher and to pay him, collecting money singing in the park and with money we bought food and it was given to some people who were living on the street.  We enjoyed sharing, speaking and being with the people. We felt that it was very significant, since we could know more of the new realities of the country.

On the second day, we had some presentations about the path traveled by the New Generations in the CLAR and in Mesoamerica and saw the identity of young consecrated life facing today’s challenges as a sign of hope. We had individual and group reflections with different questions; for instance: – What is the crisis of consecrated life today? The speaker mentioned a theological crisis, he asked the question: How to show today the experience of God to human beings. When we face two enemies neo-Gnosticism (an ideology that attributes power of intelligence and believes that with their explanations they can make the whole faith and the whole Gospel perfectly understandable) and neo-Pelagianism (ascribes all power to the will) – Carta Placuit Deo of the Congregation for the Doctrine of the Faith. After that we had a plenary debate.

On the third day, we had the last lecture about “Walking (in communion) towards the construction of a new horizon from the demands of our reality.” We were called to a transformation, to create an alternative lifestyle having as our inspiration – biblical texts such as the Shema, the annunciation or others from Isaiah and Exodus. The theme was on where the God of Israel hears the cry of His people; generating a dialogue between God and the human being, a liberating dialogue that engenders a different relationship involving the wholeness of being. We had the question: Where do the New Generations want to focus in order to achieve this transformation. From there, we had a time of work and dialogue in different groups and our conclusion was that our acting as a young religious life of the New Generations is important.

So, we are happy to share with you a little bit our experiences in this congress and we are thankful to God and the congregation for this opportunity, since we had wonderful experiences in which to participate.

We also want to thank all of you who have made these days possible for us in Guatemala. Thank you very much for your support and prayers.

Blessings to each one, with love.
Alejandra nds, Andrea nds, Clarita nds and Nancy nds.
IN SION FIRMATA SUM 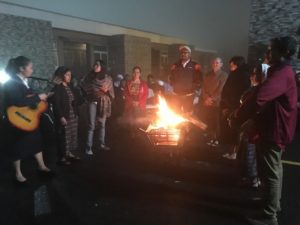 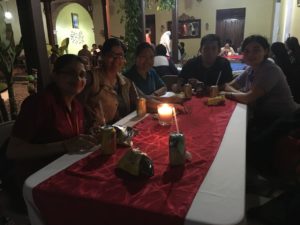 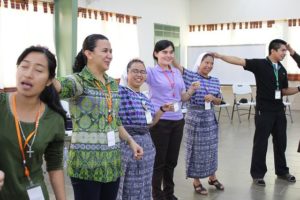 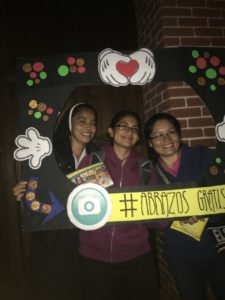 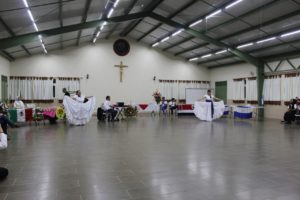