Two Sisters are heading off to Harare, Zimbabwe, in the coming months, as a part of Sion’s Itinerant Ministry to teach Seminarians and other Religious men and women in countries where there is no Sion presence. 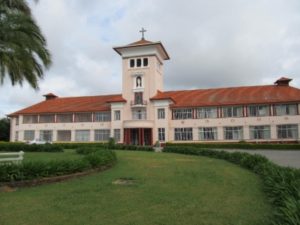 Holy Trinity College, Harare, where the course on “Jesus, Mathew and the Jewish World” is being held.

Sister Celia Deutsch, a research scholar at Barnard College/Columbia University, New York, has already left for Harare to lead a course on “Jesus, Mathew and the Jewish World” at Holy Trinity College (HTC) until 28 September.

She will be joined on 12 September by Rabbi David Sandmel (Director of Interreligious Engagement at the Anti-Defamation League in New York) for some team-teaching at HTC and for some shared public lectures for Arrupe Jesuit University, Catholic University of Zimbabwe, Chishawasha Regional Seminary, and priests of the Diocese of Harare.

Celia and Rabbi Sandmel will also arrange to meet the Jewish communities in Harare, including the Lemba community in Bluffhill.

Rabbi Sandmel will be accompanied by his wife, Janet. She is a professional Community Developer and her gifts and presence will certainly be of great value to HTC.

The congregation feels blessed to learn so much from the presence of the Church and from the peoples in these diverse countries. Sister Lucy Thorson, one of Sion’s Itinerant Ministry Team co-ordinators, is delighted the initiative has taken off, and expressed gratitude, on behalf of the Team, to Celia and Rabbi Sandmel for their openness and readiness to respond to the call of the Sion Congregation to go forth to teach in Zimbabwe. “Let us hold them, and all the peoples of HTC and Harare, in our prayers during these weeks ahead,” she proposed.

The Sion congregation will return to Harare next January 2020 when Sister Mary Reaburn, who teaches at the University of Divinity, Australia, will travel to Zimbabwe to teach at HTC on the “The Psalms” and “Vatican Documents pertaining to Jewish-Christian Relations”. 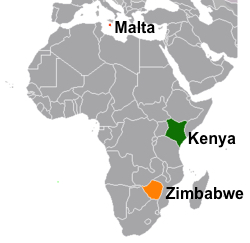 Other English language Itinerant Ministry destinations the congregation is currently focusing on include: