Thanks to the efforts of Prof. Waclaw Wierzbieniec and the Jewish History and Culture Department of University of Rzeszów’s Institute of History, and with the support of local authorities and institutions, over 30 towns of Poland’s Podkarpackie Province honoured the 12th International Holocaust Remembrance Day with a series of ceremonies that took place between 2 January and 22 February.

Many of the events were organised at grass-root level by institutions and bodies such as schools, town halls, cultural centres, parishes and village administrations. The high degree of local involvement and the extensive scope of the initiative are unique and unmatched throughout Polish regions.

Sisters Katarzyna Kowalska (NDS) (born in Podkarpackie) and Anna Bodzinska (NDS) joined local people for some of the events organized in towns and villages across the province, such as Rzeszów, Przemyśl, Leżańsk, Gniewczyna Leżańska, Dynów, Tyczyn, Kraczkowa, Jasionka, Pruchnik, Jarosław, among others. We recount how four towns and villages supported remembrance of the Holocaust. 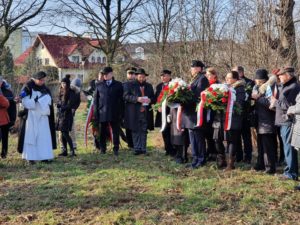 The commemoration at the Jewish Cemetery in Rzeszow.

On January 27 the ceremony in Rzeszów began at the Jewish Cemetery, where prayers were recited by Rabbi Shalom Ben Stambler of Chabad-Lubavitch. Later in the day, there were lectures and meetings, and students had an opportunity to listen to and meet Jewish Polish Holocaust survivors, including Lucia Retman, who lived in the region before and during World War II and now lives in Haifa, Israel. There was also a concert of cymbals, a Jewish Polish instrument. The day concluded with a prayer in Fara Church, where the names of local Poles killed were read out: Jews and Christians were read by Polish and Jewish representatives. 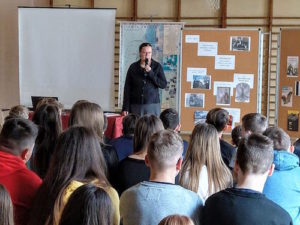 Jasionka: Sr. Katarzyna (NDS) speaks about Righteous among the Nations.

On 29 January, commemorations took place in the primary school in Jasionka. Sr. Katarzyna (NDS) was among the speakers. She gave a historical overview to 13 to 18-year-old students about non-Jews, including Sr. Marie Francia (NDS), who received the honorary title of Righteous Among the Nations from the State of Israel because they risked their lives during the Holocaust to save Jews from extermination by the Nazis for altruistic reasons. She also explained why it is important today to play an active role in Holocaust Memorial Days. 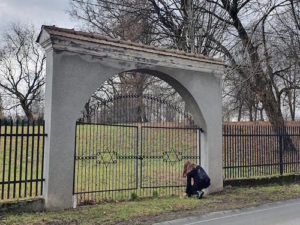 Students and locals took part in the whole-day programme at Tyczyn on 30 January. Students lit 12 at the Jewish Cemetery to remember the 1,200 Jews who were killed and deported from Tyczyn, which counted 3,000 inhabitants before the war.

There followed a visit to a church and cemetery, the burial place of several Righteous Among the Nations. Students heard stories of courage and difficult choices that locals had to face during the Nazi occupation. The local cultural centre prepared a programme of meetings and lectures, a musical performance and an exhibition on Jewish life and customs.

Holocaust Remembrance Day lasted two days in Przemyśl. It began on 29 January with a commemoration event to remember those who perished in the Przemyśl ghetto and a session dedicated to meeting Holocaust survivors. On 30 January there was a multimedia presentation and a panel discussion on the history and culture of Jews from Przemyśl and its surroundings, from a current perspective. 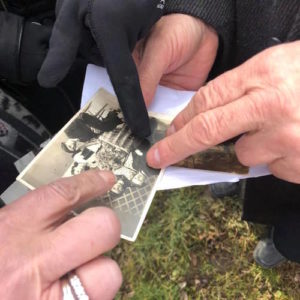 A work in progress

Podkarpackie’s 12th Holocaust Remembrance Days initiative went unnoticed in world media. However, it is a worthy example of the kind of ground-level work taking place in Poland concerning memory of the Holocaust and the dialogue surrounding it, and it goes to show that there are many places in Podkarpackie where the Jewish past is not forgotten but, on the contrary, is seen as an integral part of Polish history and today’s Holocaust education.

Click here to see a documentary produced by the University of Rzeszów about the 12th International Holocaust Remembrance Day in the Podkarpackie Province.