Statement from sr. Pat NDS from the Philippines concerning the Bureau of Immigration’s Deportation Order against her:

‘After attending a Fact-Finding Mission and telling some Coca Cola workers that the social teachings of the church support them in their formation of an association and demands for regularization and a just wage, I somehow got the ire of the President. Since then, it has been a series of allegations and answers. Church people have been supportive in that the claim of the government is that “missionaries” should only teach doctrine and convert. The ecumenical community has moved beyond this years ago and all have social teachings which they believe need to be lived out in faithfulness to Jesus. The international community, particularly those in solidarity movements, see the charges that I should not take part in fora, rallies, fact finding missions, as against both the constitution here and also international law which ensures freedom of speech, association, movement and religion to all. It has been amazing the support I have had from people across the social spectrum. But it is also stressful knowing it is the president who is wanting me deported and the power he has here. It is difficult to plan and to live day to day. But it has forced me to verbalize why I have done what I have and strengthened my belief that Jesus is in those who are poor and oppressed and they help me define my baptismal commitment and vocation as a religious of Notre Dame de Sion which is sensitive to the outcast and called to work for the promises first given to the church for all.’ 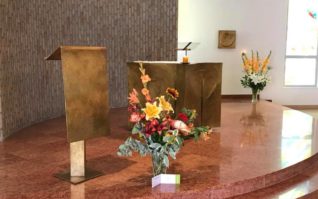 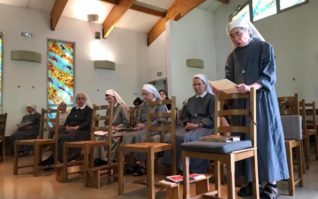 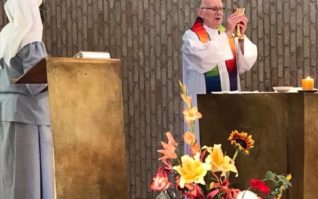 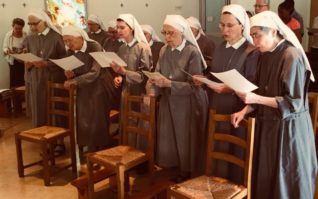 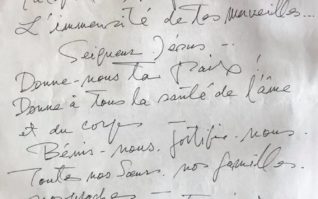 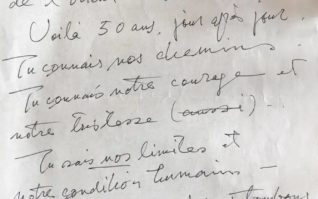 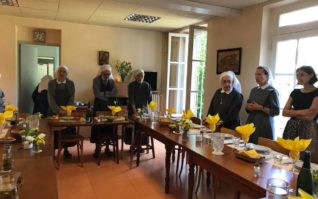 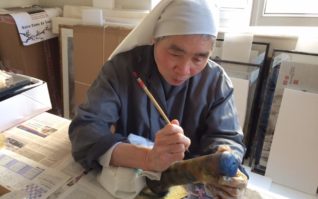 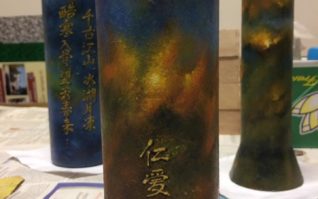 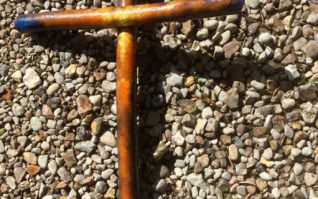 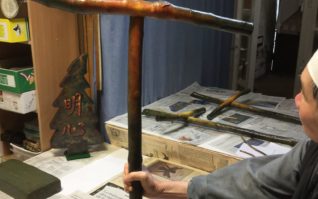 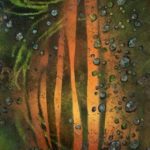 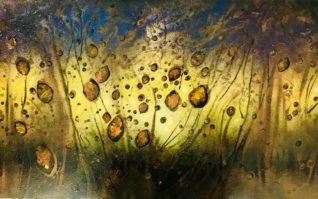 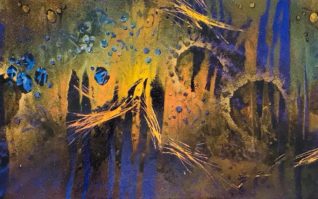 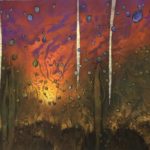 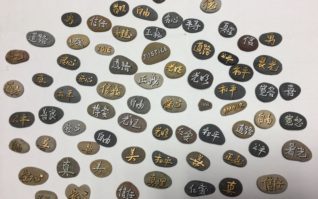 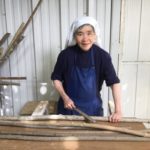 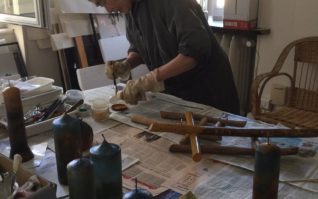 Sisters Anne Lee, Brenda Dorrian and Margaret attended the Leavers Service on the last  day of term in Sion School Worthing, UK – Friday 6th July.  This took place in Arundel Cathedral – a beautiful venue.  The service was a beautiful mixture of music, poetry, readings etc.  We were particularly impressed with the opening piece which was read by the Head Girl and the Head Boy.

Students, parents, Governors and all other special guests, we warmly welcome you to Arundel Cathedral as we mark the leaving of very special members of our school community – our Sion family.  We feel mixed emotions today.

Happy to mark this milestone with people that mean so much to us – our friends with whom we have grown up, and yet we also feel sadness because today does mean “goodbye”.

That “something” cannot be bought – it cannot truly be described or even completely understood. It certainly cannot be held or contained and yet it can be carried – carried in each heart and mind that was truly touched by it at some point during their school journey. That “something” is very ancient indeed – a breath of Heaven, a creative word, a flap of Angel’s wings, a deafening whisper, a life-changing moment, a snag on the heart, a push or nudge – a light in the darkness. I guess we will all see it differently.

Theodore and Alphonse Ratisbonne – our Founders – encountered that “something” – inexplicable, yet understood – heart-stopping, yet life-giving. A calling that seemed to rattle their bones, and shake their core –  yet it came as a whisper in a still, small voice and was then confirmed through the miraculous.

This energy of that “something” that Theodore and Alphonse would recognise to be the very Spirit of God, continues to give life to our school.  Their vision of hope, dialogue, understanding, unity, peace and love continues to bounce around the rooms and corridors of Our Lady of Sion School.  It is still as powerful now as it was then.  It is indeed the very cornerstone on which our great school is built.  Like the Olympian torch bearer passes on the flame, so have numerous Sionians faithfully passed on the beacon of hope and understanding that they learned about in the very same place that you too have been hearing about it.  “Consideration Always” is a good starting point, but it doesn’t fully encompass the fullness or even the focused ethos of Our Lady of Sion School.   Sion education fundamentally exists to ensure that whether Catholic, Orthodox, Jewish, Muslim, Agnostic or Atheist, pupils are taught to respect the belief of the other.

It is our hope that during your time at school, you have been given opportunity after opportunity to respect the belief of the other – of those around you within our school community, those you encounter in society and with those you will encounter in the future as your journey takes you to different places with different faces. As young people who have been given time to respect and honour our own differences – our individual uniqueness – ourselves – it is our hope that you will play an important part in encouraging others to do the same.  That “something” is part of you now.  You carry it in your heart – that message of respect and unity – a love of diversity and individuality. It’s a required light in a darkening world.  We hope that you are firmly rooted in Sion because the message that Sion offers the world today is just as powerful as it was when Alphonse and Theodore first put their faith into action.

Pope Francis said this in his address at World Youth Day Prayer Vigil:

Life nowadays tells us that it is much easier to concentrate on what divides us, what keeps us apart. People try to make us believe that being closed in on ourselves is the best way to keep safe from harm. Today, we adults need you to teach us how to live in diversity, in dialogue, to experience multiculturalism not as a threat but an opportunity. Have the courage to teach us that it is easier to build bridges than walls! Together we ask that you challenge us to take the path of community…to build bridges.

We believe that these words epitomise the spirit of Sion and carry the energy – “that something” – that Theodore and Alphonse used to ignite their own flames.  Let’s keep our torches burning and never forget that we were fortunate enough to catch that flame.  We are forever connected because of what we have learned.  May we all go out there and build bridges.  May we all take the path of community and serve the other.  Keep the flames burning and forever remember where it was first ignited.  We wish you all a very special Leavers’ Service but do remember that you will always belong to the family of Sion.

National Meeting of the Inter Faith Network for the UK

Sr. Margaret NDS attended 2018 National Meeting of the Inter Faith Network for the UK which took place at Derby City Football ground, London.  At the conference an action guide for young people called CONNECT was launched.  This includes information on the different kinds of inter faith activity, ways to get involved, planning tips and practicalities, and links to further information.  ( https://www.interfaith.org.uk/resources/connect ) 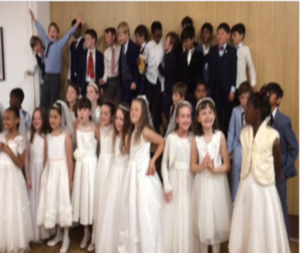 Our final First Communion Celebration this year was on 17th June. It was an opportunity for all the children who had received the Sacrament, to come together and celebrate with each other. What a joy, to have children from 16 countries and many nationalities and cultures, Poland, India, Africa, Philippines, Hong Kong, China, Ireland and England to name but a few.

One family had already had a remarkable journey in their lives.  A mother and three children had travelled for months from Eritrea to finally ‘settle’ and call Harborne their home.  It’s hard to imagine their  joy and jubilation.  Their pride and joy could not have been more evident on this day.  Knowing they had a community and family in St. Mary’s Church, who were surrounding them with so much love.

And only a few weeks later, the planning begins for the next academic year.  Already the diaries are out and the dates have been entered.

To my delight, Simon Bishop (Jesuit Novice Master) has asked if his 7 novices can be part of the programme. These men will each shadow one of our catechists to gain experience and confidence when working with young people in the Church (sr. Brenda McCole, NDS)